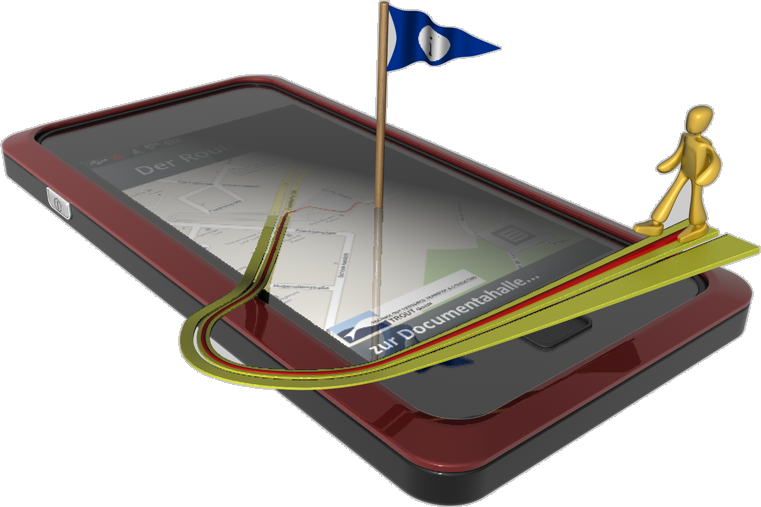 The EventWalker is a system for providing mobile retrievable information in the course of major events and tourist visits including an expanded personality profile which is known as Augmented Identity.

TROUT GmbH has decided upon the successful completion of the project 3DAM, to use the knowledge gained in connection with the processing of three-dimensional geographic location data for the development of a mobile, private user capable system. The results from the EventWalker field trials can be used, among other things, for later implementation of an operating and display concept for our product line NIVA_B – non-invasive blood glucose measurement.

The EventWalker is designed as a companion on mobile devices for event visitors and tourists. In a first version it is available for the accompanying events of the city of Kassel in the Documenta year 2012. An improved version was released in 2013 to the 1100 anniversary celebrations of the city of Kassel. The app supports local and foreign visitors in finding historical landmarks using GPS to participate in guided tours, information sessions or commemorative events.

The development is part of a cooperation of TROUT GmbH with the Department of Man-Machine Systems Engineering at the University of Kassel and the participation of Kassel Marketing GmbH. The project has run for two years and is part of the “National Initiative for the development of scientific and economic excellence “(LOEWE) promoted by the Hessian Ministry for Science and Art.